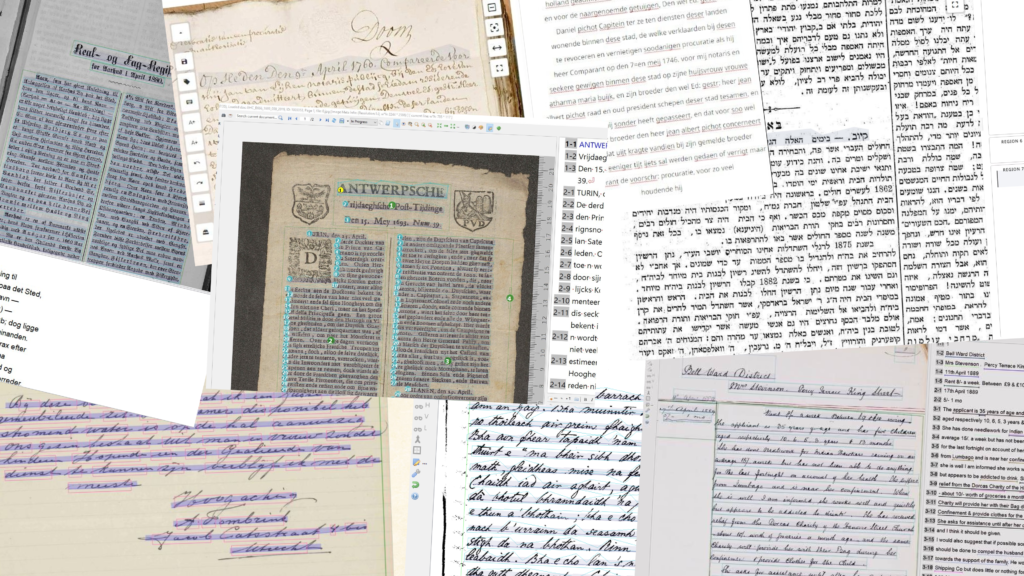 November 2022 was a milestone month in Transkribus history. After three years as part of a European cooperative, the platform finally reached 100,000 users! This means over 100,000 people around the world have signed up to use Transkribus to transcribe and enrich their historical documents and uncover a little bit of our written past along the way.

To celebrate this great achievement, we ran a competition on social media, offering 10 Transkribus users the chance to win 10,000 credits each. All you had to do was share an image of your latest Transkribus material on Twitter, LinkedIn or Facebook, and add a few words describing the project.

We had many fantastic entries, and 10 were selected at random as the final winners. These winning projects span several centuries of our written past, from the medieval period right up until 1945. Here’s an overview of all the projects and the lucky users behind them.

Our first winner is Kathleen Verdult from the Utrecht Archives. This Dutch archive is currently using Transkribus to transcribe letters from Utrecht citizens who provided accommodation to Allied soldiers at the end of the Second World War and add metadata about all the names and addresses mentioned.

Four of the winning projects focus on documents from the 19th century. These include the Decoding Hidden Heritages of Gaelic Narrative project, who shared a beautiful story in Gaelic about a fieldworker who collected two deer. On the other side of the world in New Zealand, Vivienne L Cuff is also carrying out a Transkribus project: a casebook of applications for poor relief in the city of Dunedin.

One of our less demanding Transkribus projects are the Aarhus city directories from the 19th century. Where most of our efforts concerns handwritten text, it has also been necessary to produce a reliable model for printed Gothic text. #MyTranskribusStory pic.twitter.com/AxaX3V9Iy7

Danish Transkribus user Kristian Pindstrup told us that he is currently working on Aarhus city directories from the 1800s, and has created models for both handwritten texts and Gothic printed texts in the process. And the final project from this time period comes from the OMILab at the Open University of Israel, who are using 13 different periodicals in Hebrew to train a model for historical Hebrew print. They created an open workflow which migrates legacy segmentation data into the open page format before outputting the data as a TEI-XML encoded and enriched corpus. The team has also shared their open code on GitHub.

Transkribus is a great tool for students in many disciplines. Master’s student Esther M. is using Transkribus to recognise handwritten documents from the 18th century and find an interesting untold story for her thesis. Ari Vesalainen has already found the texts for his PhD thesis and is currently working on a model for a range of different handwritten documents, including David Hume’s “History of England” series.

Working with Transkribus and PyLaia to train to recognize texts from 18th century, especially David Hume's History of England editions. Model is far from perfect yet. #MyTranskribusStory pic.twitter.com/bb3BUmeAgH

At the Hendrik Conscience Heritage Library, the team are using Transkribus to digitise their historical newspapers and provide a full-text search for each publication. Right now, they are working on the ‘Antwerpsche Vrijdaaghsche Post-Tijdinghe’ newspaper, which dates all the way back to 1695!

15th century and beyond

In general, the older the handwriting, the fewer people can read it. Creating a model for medieval manuscripts can be a time-consuming process, but one that saves a lot of time in the long run. Vera Schwarz trained a model that not only transcribes Italian notarial registers from the late 15th century but automatically expands all the abbreviations too, making it easier to understand the content of the text.

But the oldest project in the Transkribus 100k Giveaway came from Robert Klugseder at the Bavarian Cistercian Monastery of Aldersbach. His team are currently transcribing a range of documents with Transkribus, including tradition and privilege books, charters, chronicles, and account books. By creating digital versions, the monastery can preserve their fragile medieval and early modern documents and make them accessible to everyone.

Indexing of medieval and early modern archival documents from the Bavarian Cistercian Monastery of Aldersbach. Tradition and privilege books, charters, chronicles and account books could be transcribed with the help of @Transkribus. https://t.co/1jzWRSLWPp. #MyTranskribusStory pic.twitter.com/sOn10DCpJo

Congratulations to all the winners in the 100k Giveaway! 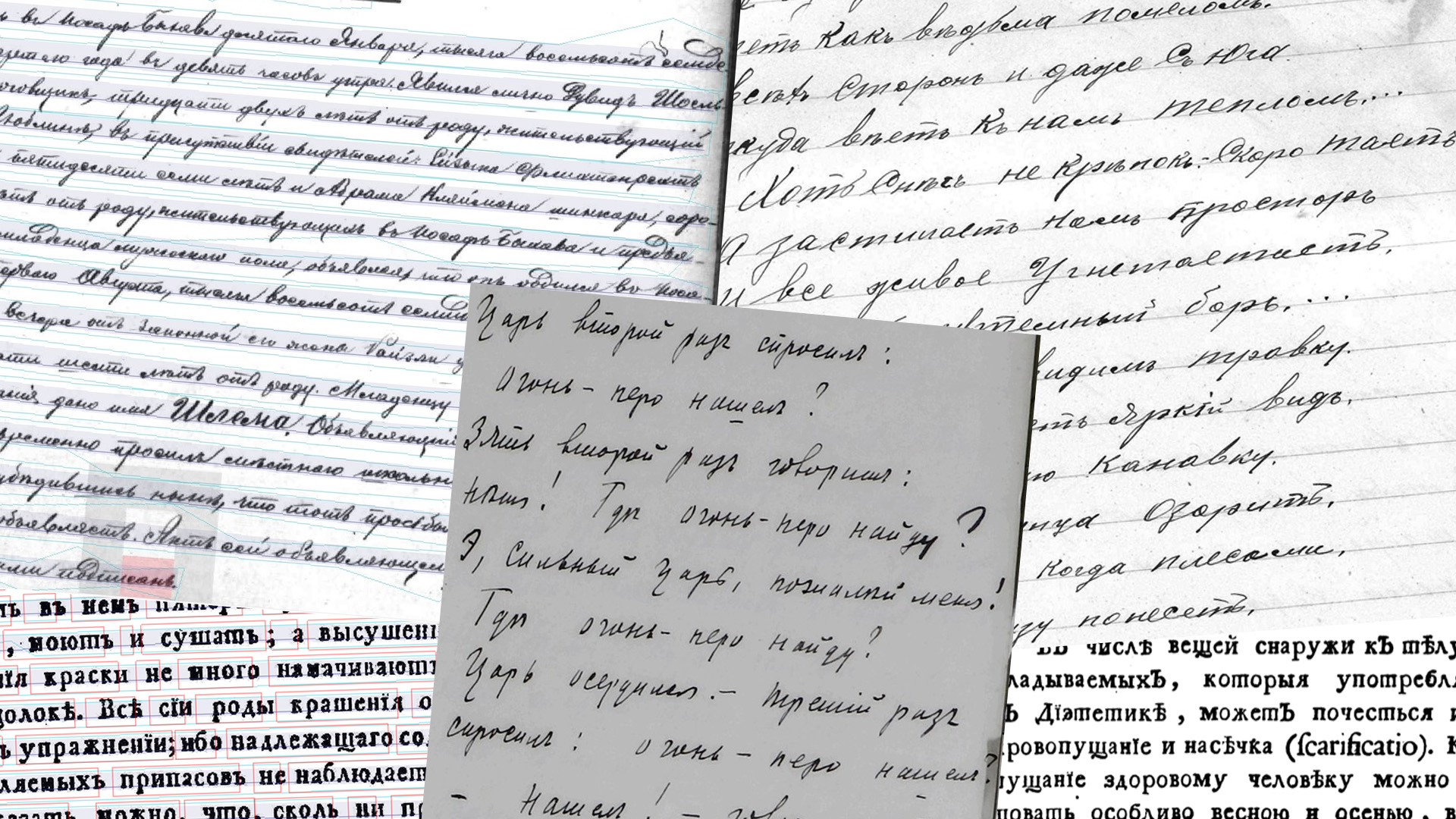 As one of the world’s largest countries, Russia is also one of the most studied. Its turbulent history and influence ...

Try out the new Transkribus Learn: A Tool for Learning How to Read Old Handwriting

Historical documents can be an amazing window into the past, but if you can’t read the handwriting, they can also ... 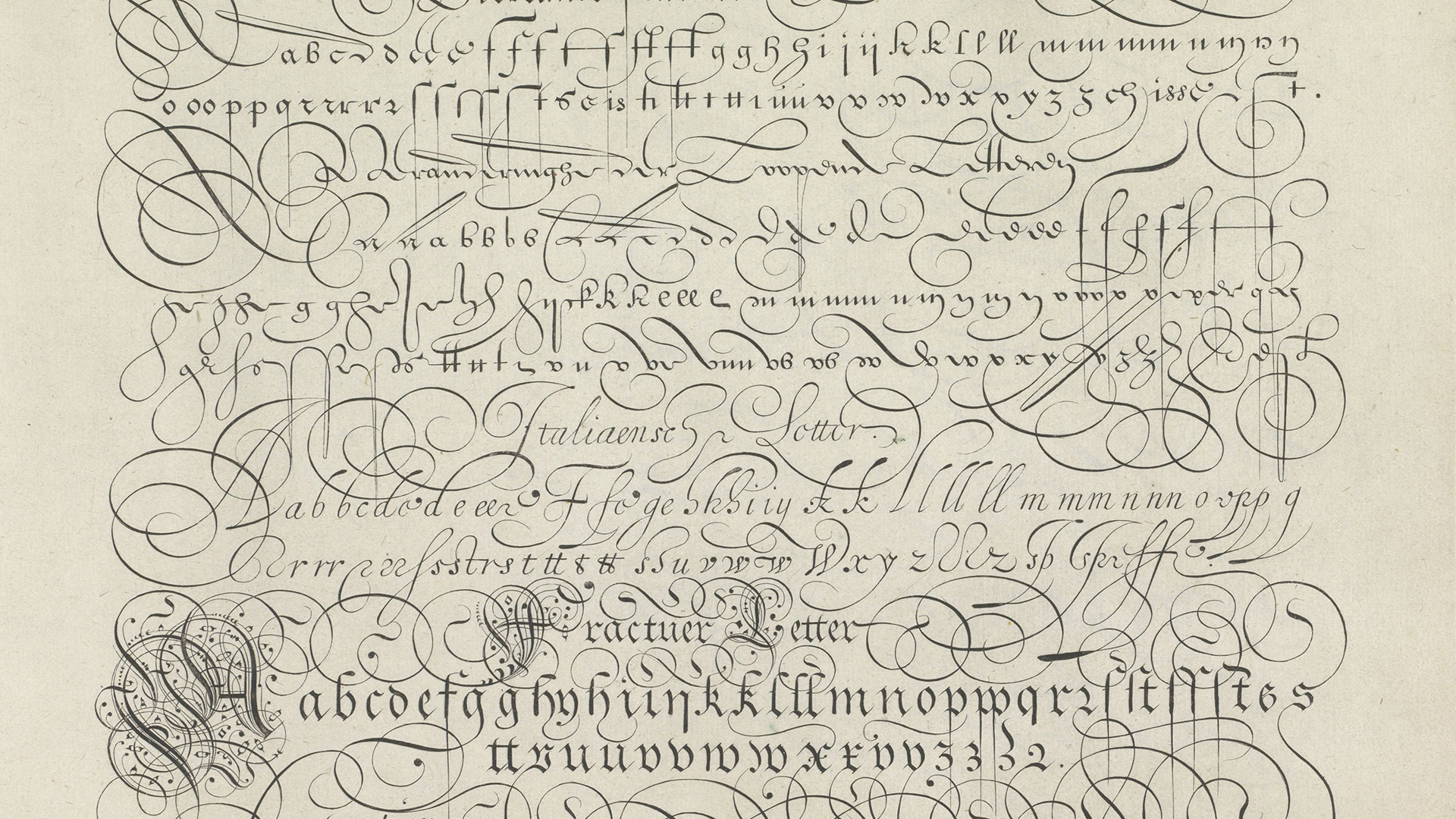 How to read cursive handwriting in historical documents

Cursive handwriting has a rich history. The first people to write cursive letters were the ancient Romans, who used a ...