“There should be no shame in using digital tools to make our lives easier”: Henning Schuler 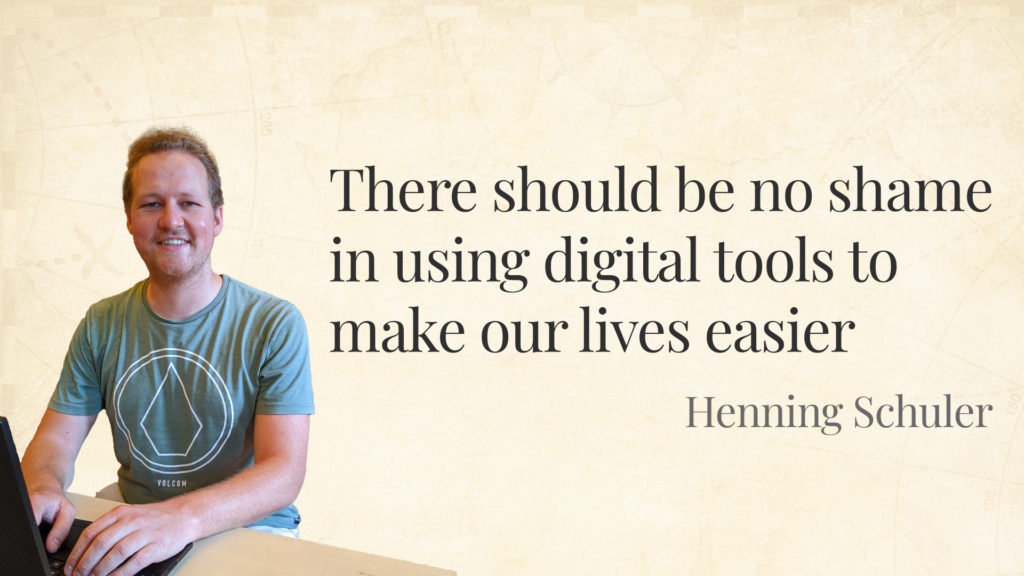 Meet Henning Schuler. Henning is a historian specialising in modern intellectual and social history, who has just completed his PhD at the European University Institute in Florence, Italy.

When Henning first considered using Transkribus for his dissertation, some of his historian colleagues were sceptical. How could software ever read texts as well as a person? But he decided to give Transkribus a go, and now a few years down the line, he’s very glad that he did.

After receiving a Transkribus Scholarship, we spoke to Henning to find out more and discover how Transkribus makes life easier for historians.

The challenge of transcribing handwritten documents

The eighteenth century was a time of change. The world’s trade networks were rapidly growing and increasing numbers of European merchants were travelling to new and exotic locations to buy and sell products. It is these merchants that Henning Schuler decided to research for his PhD. “In my dissertation, I studied British and French merchants who lived in Aleppo at the end of the eighteenth century. I wanted to shed some new light on the way in which Europeans conceptualised themselves and the seemingly expanding world they inhabited in the eighteenth century,” Henning explained. “And luckily, I had quite a lot of handwritten sources for my project.”

But while having a large corpus is good in terms of quality of research, it does present some logistical problems. “I had so many different sources that it was completely impossible to transcribe even meaningful amounts of them myself.” So Henning decided to see if there were any software solutions that could help speed up the process.

Very soon, he came across Transkribus. “I started to use Transkribus out of curiosity, to see whether it worked, how good it was, and whether it might be potentially useful,” Henning said. His first impression was not overly positive. “Initially I found the transcription engine not to be sufficient for my sources”. But he then discovered the benefits of training your own AI model. “Transkribus offers the function to train a model specifically for your sources. Once I had done this, the accuracy was much better and I ended up using it on the majority of my sources.”

Of course, there are some things Transkribus can’t do. “As a historian, I never regard a transcription as an alternative to reading the actual sources. A transcription doesn’t show you the condition of the text, alterations, errors made by the writer etc. But as an additional tool, Transkribus was great. It allowed me to quickly search for something that I had forgotten, do some quick analyses of word frequency or copy a long quote instead of transcribing it by hand.”

“In a few cases, when I was struggling with the reading of a word, Transkribus even helped me find the correct reading. As a friend working in image recognition told me: oftentimes, things that are difficult for humans are easy for computers, and vice-versa.”

Why Transkribus is good for historians

Henning has now successfully completed his dissertation and is looking to publish his results. But despite his success with Transkribus, he experienced a lot of scepticism from his colleagues. “I have to say that I was surprised by the incredulity I encountered in many other historians. When I talked to colleagues about it, they did not believe that a computer could easily read texts that they themselves needed a long time to decipher.”

“But I would encourage all historians, particularly if you are struggling with transcription, to use Transkribus. After all, there should be no hesitation or shame in using digital tools to make our lives as historians easier.”

Transkribus takes some getting used to. But for larger bodies of manuscript sources, it is well worth taking the time to prepare your sources and train your own AI model. This helped me to really get the most out of the software.